Check out our new Blog for all the latest news and events. 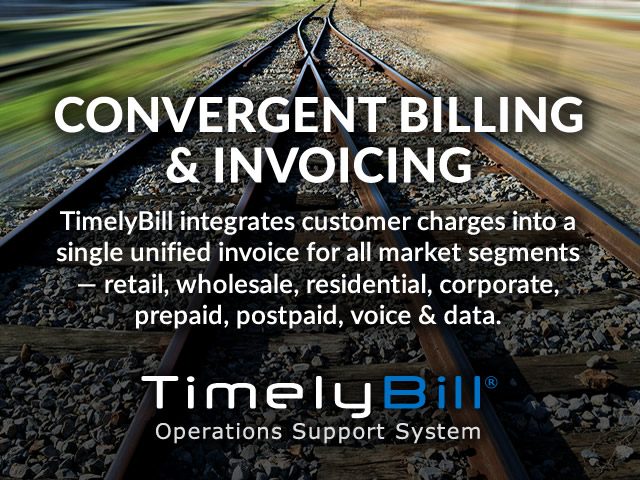 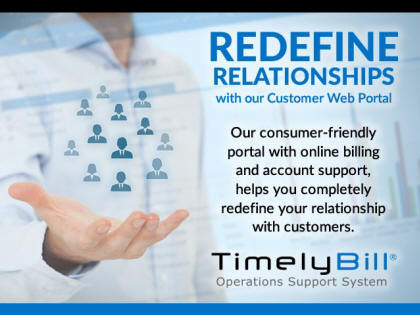 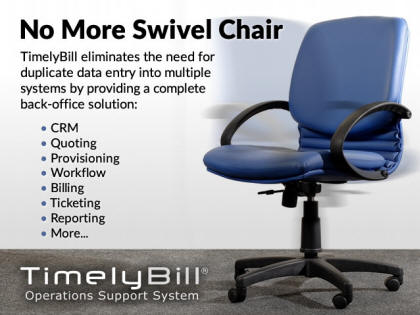 Eliminate the need for duplicate data entry into multiple systems with our complete back-office billing solution. 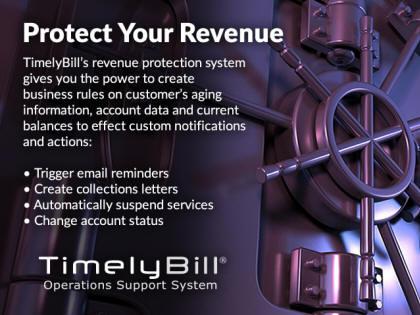 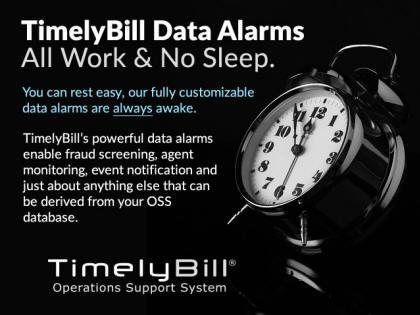 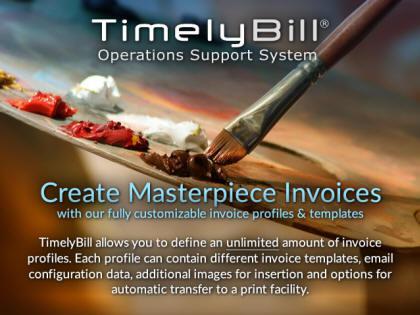 TimelyBill today announced that Todd Knower has been named Chief Operating Officer. Todd will oversee ongoing business operations within the company. Since 2011, Todd served as CIO and will continue to report to Michael Lates, CEO of TimelyBill.

TimelyBill is pleased to announce that it has hired Julie Desrats as Director of Operations. Based in New York, Ms. Desrats reports to TimelyBill’s COO, Todd Knower, and is a member of the firm’s leadership team.

TimelyBill has successful trip down at ITEXPO in Ft. Lauderdale, Florida

Thanks to all who stopped by to learn more about the features and benefits of our world-class billing system!

TimelyBill to exhibit at ITEXPO East 2016

See What's Next in Communications Solutions

Everyone from engineers and IT/telecom managers to C-Level execs and business owners will gather in Florida for ITEXPO - the only event dedicated to communications solutions for the enterprise mid-market, resellers and service providers.

TimelyBill to exhibit at COMPTEL Plus Fall 2015

TimelyBill to exhibit at ITEXPO Fall 2015

TimelyBill today announced that it has become a member of COMPTEL, the leading trade association advocating for competitive networks and competitive communications policy.   TimelyBill’s CEO Michael Lates says, "Joining COMPTEL will offer new and exciting opportunities that will help us succeed in today’s communications marketplace."

TimelyBill is proud to announce its new Customer Portal. TimelyBill’s CEO Michael Lates says, "TimelyBill’s new Customer Portal is a powerful web-based tool which enables our clients to deploy fully customized self-care portals even in multi-organization environments. Our customers now have the power to change what options are available in their Customer Portal and even control the look and feel right from the interface, eliminating a support request or custom development."

TimelyBill to exhibit at ITEXPO Miami 2015

ITEXPO is the world’s leading business technology tradeshow, and will converge education, innovation and networking across the entire community of IT professionals and thought leaders. Meet TimelyBill, at ITEXPO Miami 2014 at booth #314 to learn more about TimelyBill's strategy for billing and Operations Support Systems.

TimelyBill, developer of the award winning TimelyBill OSS, completed a successful exhibition at the 2014 COMPTEL PLUS tradeshow in Grapevine Texas.

TimelyBill is pleased to announce that it has hired Patrick LaJuett as Chief Marketing Officer. Based in New York, Mr. LaJuett reports to TimelyBill’s CEO, Michael Lates, and is a member of the firm’s executive committee.

TimelyBill to exhibit at COMPTEL PLUS Fall 2014 Convention & EXPO

ITEXPO is the world’s leading business technology tradeshow, and will converge education, innovation and networking across the entire community of IT professionals and thought leaders. Meet TimelyBill, at ITEXPO Las Vegas 2014 at booth #505 to learn more about TimelyBill’s strategy for billing and Operations Support Systems.

TimelyBill, a developer of customer life cycle management solution for most service providers, including Local Exchange Carriers, Cable and Satellite Providers, Voice Over IP Providers, and Enhanced Communication Providers; today announced that it has successfully completed a Statement on Standards for Attestation Engagement No. 16 (SSAE 16 or SOC 1) Type II audit for their TimelyBill® Operations Support System.

TimelyBill is pleased to announced that tokenization support for SecureNet ACH transactions is now supported by TimelyBill.

TimelyBill is proud to announce a new version of TimelyBill's Invoicing component.

TimelyBill has designed and implemented new functionality within TimelyBill, its award winning Billing and OSS suite.

TimelyBill enhances their print and mail offerings to its customers by implementing a advanced Pitney Bowes hardware and software.

TimelyBill is pleased to announced that it has retained engagement with Skoda Minotti, formerly Assurance Concepts, PLLC, in a SSAE 16 Type II examination / certification project.

TimelyBill enhances the overall functionality of its own taxing capability by implementing the "Tax Bundler" feature in TimelyBill.

TimelyBill adds a new feature that provides the capability to support burstable CDR (Call Detail Record) traffic records importing and rating from various sources. Originating source file formats include, but not limited to BAF (Belcore AMA Format), Flat Text file, and others. Michael Lates, CEO of TimelyBill indicated, "This is another example of the TimelyBill suite allowing our customers the ability to monetize advanced features of their next generation switches."

TimelyBill is pleased to announce the implementation of their new email architecture and bulk email feature within TimelyBill. The new email queuing system is designed to track / manage email throughout the various TimelyBill modules extremely efficiently. It also provides  bulk emailing functionality at the click of a button.

TimelyBill version 4.0 Implementations and migrations to the new platform will begin immediately.

TimelyBill is pleased to Announce Todd Knower Hired as CIO

Todd Knower joined TimelyBill as new Chief Information Officer on October 1st 2011. His executive experience in the Communications and IT industry will help guide TimelyBill into the future.

As long-time professionals in telecom, we understand the need for dependable billing and customer management.

Our team is focused on developing the best, most innovative telecom billing software on the market.